Sex buyers are the key to tackling the human trafficking epidemic.

The documentary below sheds light on the “men who buy sex” by examining the demand side of human trafficking.

WAYNE, Mich. - A survivor who was sold into sex slavery by her family as a 12-year-old girl shared her story with Local 4, hoping it will raise awareness about human trafficking warning signs.

Human trafficking or sexual slavery can happen anywhere, in any neighborhood, and most people don't even notice. (click on the link below for the complete article)

Presented by Angela Aufdemberge, president and CEO of Vista Maria, a licensed provider of mental health treatment for adolescent female victims of human trafficking, with Lt. Denise Powell and Det. Sgt. Sarah Krebs of the State of Michigan

please watch by clicking the link below 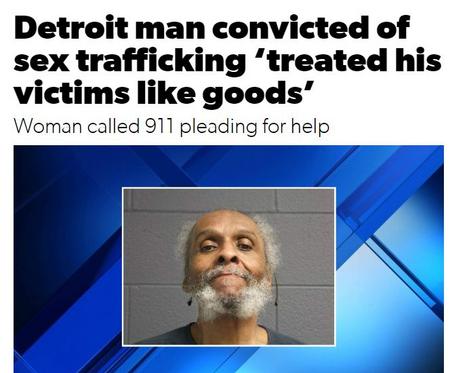 SIGP is so proud to announce that Aleksa Andjelkovic won the Volunteer Liberator Award tonight at the Liberator Awards Ceremony hosted by Teresa Flores in conjunction with the S.O. A.P. project and Be Free Dayton. The pictures show Aleksa with her award and Sen. Judy Emmons, and Aleksa and Teresa Flores.

Aleksa was honored for all her volunteer activities that she has done over the years with regard to Human Trafficking.

Mary Ellen, Diana, Carol Hofer, Aleksa and myself attended the Awards Ceremony tonight in Livonia. It was an amazing evening! Other nominees included Judy Emmons, Soroptimist International of Monroe and many other groups that we have partnered with and people we have gotten to know over the years working on our Human Trafficking awareness. It was great to see so many people from the State of Michigan together in one place celebrating what we are all doing to raise awareness of human trafficking, applaud those who are working to stop it and honor those who have survived it.

WE should all be proud of what our club has done over the past 7 years to support this cause!

All the Best for Women,
Roseanne Horne

or by visiting our home page and click the "Make a Donate" button for online donations.

Donations are tax deductible to the extent that the law permits.

The U.S. Senate has passed a resolution designating January 11th as the National Day of Human Trafficking Awareness.

In recognition of this day, Soroptimist has launched the Soroptimist STOP Trafficking Project which seeks to raise awareness about the sexual trafficking of women and girls.

Sex trafficking, the transport of women and children within and across national borders for the purpose of sexual exploitation, is a $32 billion dollar annual industry.

In the United States, an estimated 14,500 -17,500 victims of human trafficking (most of them women and girls) are brought in each year from other countries and trafficked for sex. 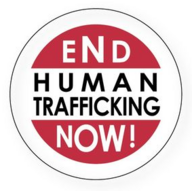 From Jan. 13-17, officers will join with their colleagues in the Ohio State Highway Patrol, Illinois State Police, and Indiana State Police, along with the organization Truckers Against Trafficking (TAT) to educate motorists about the signs of human trafficking and to enforce laws that crack down on traffickers.

"We are striving to raise awareness and educate those individuals in positions to observe human trafficking taking place, such as commercial motor vehicle drivers, public transportation companies, rest area attendants and truck stop employees,"said Capt. Michael Krumm, commander of the MSP Commercial Vehicle Enforcement Division. "You are a force multiplier that can act as the eyes and ears of Michigan's highways."

The MSP first partnered with TAT in 2015 and has since been recognized as a national leader in human trafficking awareness and education. For more information about TAT, visit truckersagainsttrafficking.org.

Check out this article from The Detroit News:

Father gets 1,503 years in prison in daughter’s rape

MSP is working to educate motorists about the signs of human trafficking and to enforce laws that crack down on traffickers. Here's how.

"Stuck in Traffic- Modern-day Slavery in Michigan" is a movie which was produced by the Wayne County Medical Society of Southeast Michigan. Laurie Jost, a Soroptimist member of our club brought information to our club about this movie production.

GRAND RAPIDS – A Detroit man was sentenced to 40 years in prison on Friday for sex trafficking three minor girls in Lansing and another in Phoenix, Ariz.

Inter Continental Hotels Group, an international hotel company with over 4,900 properties and brands like Crowne Plaza and Holiday Inn, has worked with NCOSE to strengthen and enforce its policy to not distribute pornography through its on-demand video services.

We are grateful to InterContinental Hotels Group for the priority the company placed on working with NCOSE in order to ensure that none of its hotels profit from sexual exploitation. IHG has sent a communication to all of its hotels informing them of the policy re-enforcement to be implemented as soon as respective contracts run out. IHG has also pledged to continuously inspect all of its hotels to ensure the standard is enforced.
IHG’s announcement continues a growing trend of hotels deciding to no longer profit from pornography. Hilton Worldwide and Hyatt Hotels Corporation pledged in 2015 to remove all on-demand pornography from their hotels (starting this summer) after efforts by our Dirty Dozen List campaign.

Why are Truck Stops Used for Human Trafficking? 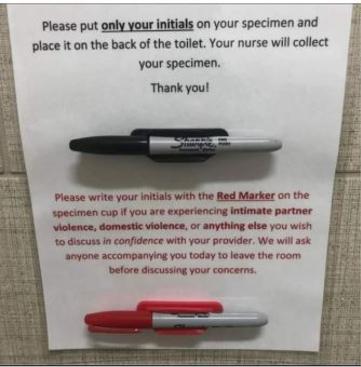 A young fighter against child prostitution

and Support to combat the sexual exploitation of children

Awareness is the key

as of July 4, 2016, people who make pit stops at Michigan rest stops should run into a new law Monday.  They will see signs warning people about the signs of human trafficking.  The signs will be at bus stations and airports that "adult entertainment establishments" and places that a court has found to be a "public nuisance" because of prostitution or human trafficking taking place there.  The Michigan Dept of Transportation will post signs at highway rest stops.  Local cities and towns are responsible for putting them up in their own municipalities.   The signs must read:  If you or someone you know is being forced to engage in any activity and cannot leave, whether the activity is commercial sex, housework, farm work, or any other activity, pleases contact the National Human Trafficking Hotline 1-888-3737-888.  The victims of human trafficking are protected under US Laws and the laws of this State.  The signs are written in English, Spanish, and any other language that local governments or agencies might think is appropriate to that area.  This is a statewide effort to fight human trafficking. 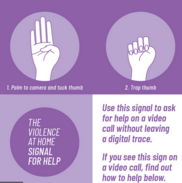 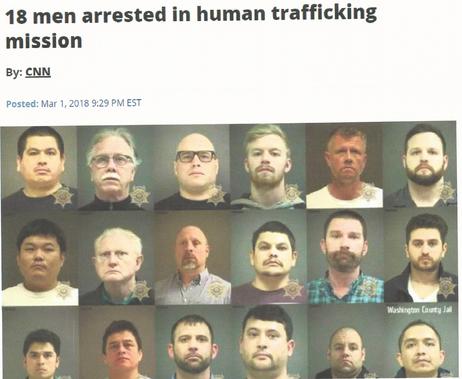